I won this novel through Goodreads Giveaway, and spoilers follow: 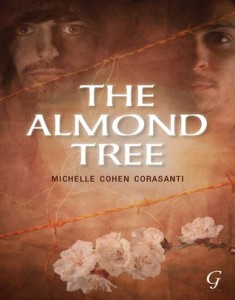 the Almond Tree can be described with one word that both sums up its inspiration, content and ambition it’s ‘grim’. This is never clearer than the opening chapter, described through the eyes of a young boy as he watched his baby sister chase a butterfly out of a house, across the street and into a minefield. The story follows a boy, persecuted for being an Arab in an Israeli state, of his escape through education and the hunt to redeem himself via his family. It depicts the living conditions of real people and runs across many historical events of the last fifty years accurately (as far as I can tell, although I must confess I am no historian and woefully ignorant about some things that I should not be), I just ‘wish’ I could say it was based on a true story but sadly the redemption found in the end by Ichmad is not one that our dreary real world has accomplished yet.

Ichmad is a very well written main character who we first encounter as a young child, follow through he teenage formative years (we witness his education) and who the novel then returns to once he becomes an adult. It concentrates on key periods on his life; his childhood, college, marriage(s) and then his great accomplishment. By the end the reader feels an absolute connection with him. The surrounding cast fair middling to well, his father never represented as anything less than saintly (pushing for a better path to peace) whilst various other characters step in the counter that argument and continue the bitter hatred and violence that have led to this sorry state of affairs. Fortunately the novel doesn’t preach as loudly or as bluntly as it could, and only appropriately, which makes the controversial subject matter far more approachable.

The story unfolds after one small mistake as a child, Ichmad incriminates his father who is then sent to jail, leaving the rest of his family desolate. He takes over as head of the family, and finds work building homes for Israeli’s who have stolen their land. His brother Abbas is paralysed by an Israeli and comes to despise everything that the Jewish state represents, but Ichmad’s father (from his distant jail cell) continues to insist they should not hate the Jews, that peace is the only solution. Via a ‘very’ lucky break Ichmad’s mathematical genius is discovered and he wins a scholarship at university, where he confronts Professor Sharon. He goes on to become a great scientist, winning a scholarship in America where he and his mentor/friend Professor Sharon become a great example of a Jew and an Arab working together in harmony. Sadly Abbas comes to increasingly resent his work and disappears, swearing vengeance on the Jews.

The story follows Ichmad through two marriages, a long career in America, and finally to his chance to redeem himself by tracking his brother down, who has found a place in the Gaza strip. The last few chapters of the book are perhaps the most striking, where the story becomes less of a historical lesson and more of a political warning. Ichmad tracks Abbas and his family in Gaza and tries to find them a way to escape, although his brother will not leave and even if he wanted to escape is impossible. His nephew, Khaled, has a scholorship in America but he cannot leave. When Ichmad’s attempts to get him out of the country fails Khaled turns to the one resort left to him; a sacrifice in the name of the greater good. This terrible act shocks Abbas enough to reassess his hatred and Ichmad leaves with hope of reconciliation. Later that year he wins the Nobel Prize, jointly with Professor Sharon, and they use the podium to announce an initiative to allow students from Gaza to take their rightful places. He names this initiative after Khaled, which struck me as a little contentious given what his nephew did…

Still it’s an engaging read that balances the personal tale of Ichmad and his family carefully against a backdrop of historical devastation. The small portions of hope it offers are slender but heartfelt and the writing of a consistent high quality. It’s a first novel that Michelle Cohen Corasanti should be proud of.