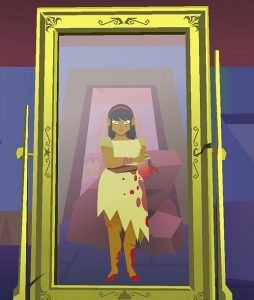 Hyperbolic Statement: More games like this earlier on could have saved the Wii U

It’s definitely an exaggeration but it doesn’t feel like one. The Wii U has struggled because the first party games weren’t ready for its launch and after that initial stumble third party support dried up almost completely. The console’s message reached the converted few but not the general masses and Nintendoland was not the brilliant sales pitch Wii Sports had been a generation earlier.

But if there had been more touch screen friendly games in those early days, ones that not just got but embraced the touch screen method, things might not be so bleak now. That a quality game like this, ported over from the similarly ailing PS Vita, arrives as the console is in it’s death knells isn’t just a shame it’s an insult. I hope Severed gets the reception it deserves, not just on this console but everywhere. It’s an almost unique experience.

It reminds me of early 3D exploration games, with the character in a maze moving from block to block. There is some puzzle solving aspects to this game that hark back to those days but that theme isn’t as developed as it could have been; instead the focus is clearly on exploration (using the map) and combat (swipe to win). Neither mechanic is completely original but they are merged together fairly seamlessly in a package that is definitely more than the sum of its parts. Where this game excels is in it’s unique, somewhat Spartan but completely absorbing, presentation.

As it plays out in first person it’s only one minute into the game when you get a glance at yourself in a mirror and see you have inhabited the part of a young, innocent girl with a bloody stump for a left arm. Your family is lost; you must retrieve them before their bodies are consumed. Sword in hand you set out into the wilderness.

The story is simple and straightforward but compellingly told with just a few characters. The music is ambient but haunting, the tunes will stay with you for hours after playing. The art is cartoony but not childish, with just enough detail to convey its message. The map is large but not overwhelming, giving the game just enough length to get your teeth into but ending before it gets tedious. Towards the end it does start to get repetitive as you fight enemies that rely on status effects and countdown timers designed to irritate rather than challenge you but fortunately this only strikes in the last stage of the game.

I can’t praise this game enough for attempting to do something small and unique and doing it well. I don’t want to spoil what it contains too much because it really isn’t that long a game and you deserve to experience it fresh.