Up and to the right

Occasionally you encounter a video game that makes you think about things differently. I imagine Thomas Was Alone as the result of one of the most challenging creative writing classes you could imagine; a perspective so alien to ours it becomes unfathomable. Try this for yourself…

Imagine you are a 2-dimensional shape living in a 2-dimensional universe that consists purely of squares and rectangles of various sizes. You can move freely around this plane, subject to an equivalent to gravity, and somehow communicate with other sentient rectangles. What would you do? What would you say? How would you tell a story? END_OF_DOCUMENT_TOKEN_TO_BE_REPLACED

There are many ways to experience Terry Pratchetts’ first entry to the Discworld Universe and in all probability it’s for the best I went about it an unorthadox way. The sad truth is that this literary beast, an ongoing series that has over many years grown to something of herculean proportions, started as something simple, trivially light and lacking in key areas.

As a teenager I first disco 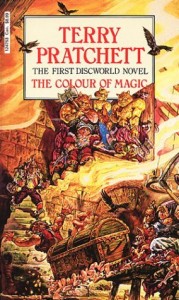 vered the Discworld in the form of a graphic novel; an excellent adaptation which brings an extraordinary level of light and colour to the vivid world Pratchett has concieved. As a comic strip the adventures of Rincewind and Twoflower feels  episodic in nature, the pair moving from one adventure to the next, and the format of the story flows most naturally here.  Many years later came the television adaptation starring David Jason and Sean Astin, which offers an entirely different take on the two characters, turning them into an elderly innofensive bumbler and an american style tourist. Enjoying that I returned to the source material with an abridged audiobook read by Tony Robinson, who invests such wit and life into the characters his voice feels like the definitive voice of the series. But when, some months later still, I finally decided to read the original book, I found that there was yet more to discover. As good as the audio books are they are heavily abridged. Each iteration of this story contains something the other’s don’t and I’d struggle to call the original book the definitive take, as despite containing the most material it also shows just how far the author has come as a writer in it’s inherent weaknesses.

END_OF_DOCUMENT_TOKEN_TO_BE_REPLACED

I’ve recently moved to San Francisco and wanted to find out a little more about the city’s history. I don’t do well with textbooks (even sleeping with them under my pillow doesn’t work) so I absorb facts from fiction using some form of osmosis. I’m always on the look out for a piece of fiction that can give me a interesting perspective on the place I’m living in. 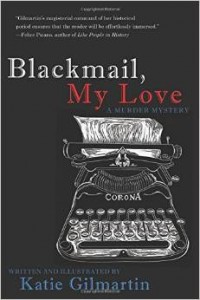 Blackmail, My Love did just that. It’s a decent LGBT murder mystery but it’s the world-weaving (yes, that’s a thing), which I like. The book is rife with the geographical and historical touchstones that I love. The author does a really good job of bringing the 1950’s LGBT community’s plight alive. SF back then was definitely not liberal and a new law meant (in a round about way) that police raids were stepped up and a lot of the LGBT community were beaten, or in the case of the protagonists brother… disappeared. It really shocked me. I’ve always thought of SF as being a liberal city, it never occurred to me that those rights had to be fought for. I knew it in the back of my head of course but there’s a difference between knowing something and seeing it happen to a character you can identify with.
I googled the author and found an interview where she says that she interviewed a lot of people who lived through those times, so I guess it’s as legit as it can be. I also liked the drawings throughout (not too many, I don’t like picture books) and it turned out that they’re prints that she’s made. That sealed the deal. I’m kind of obsessed with her.

Until now I’ve always been wary of describing small developer video games under an ‘Indie’ label, considering that the genre and effective scope of the game should be judged on its own merits rather than by the developer behind it, however Knytt Underground is the kind of game that challenges even that. It consistently turns its own way, sometimes to the detriment of the overall experience, but always in ways that justify its own strange sense of self identity. END_OF_DOCUMENT_TOKEN_TO_BE_REPLACED 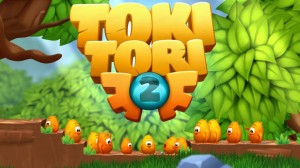 Toki Tori 2 is a large, and surprisingly, deep game which operates via an incredibly simple control method. Toki can walk in either direction, climb up ladders, whistle short or long notes and stamp his feet… And that is it. END_OF_DOCUMENT_TOKEN_TO_BE_REPLACED